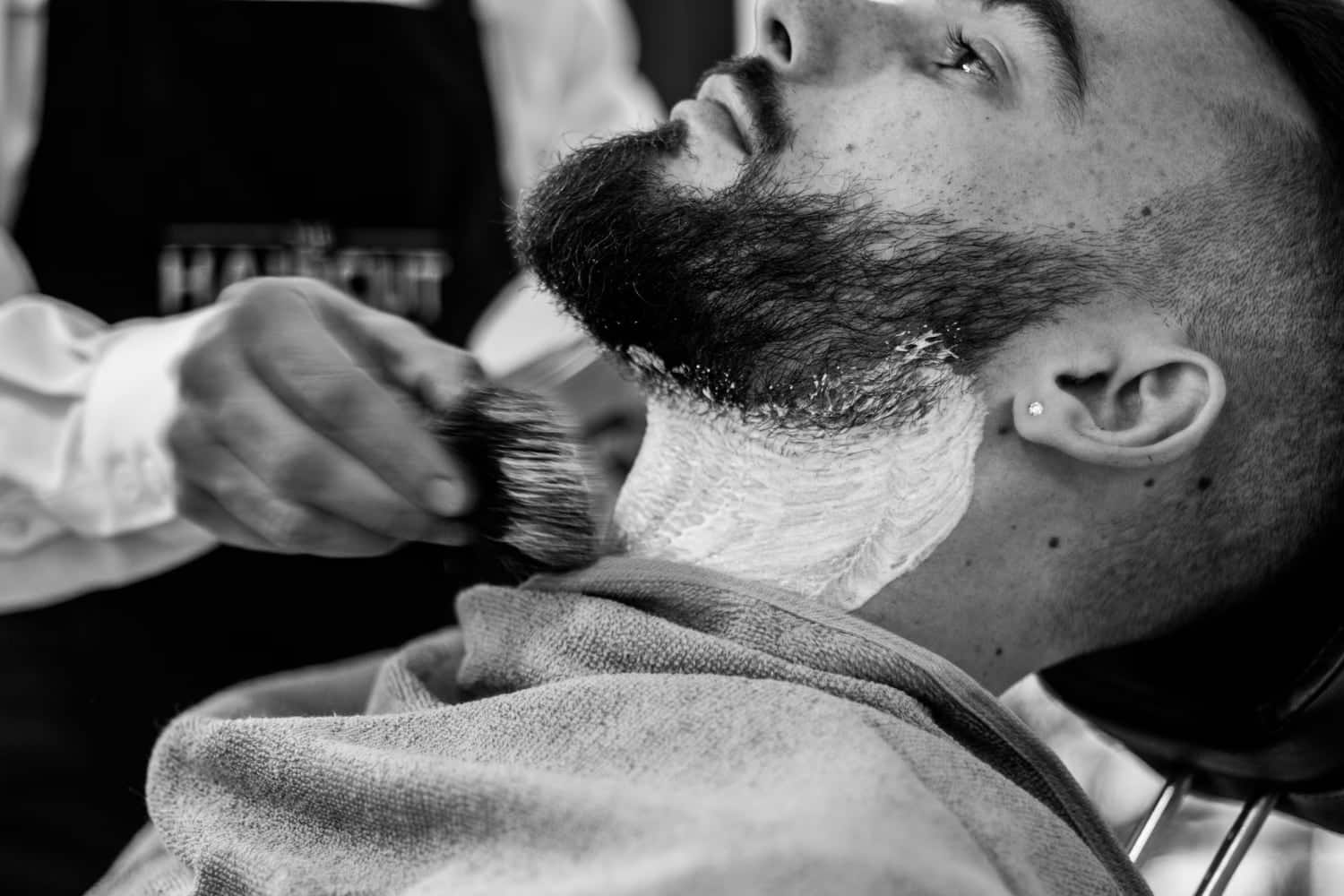 Unlike all other types of razors, the safety razor is the only shaving tool with a blade on either side of the head.

Was there a reason for this?

Safety razors have two blades to extend the life of the razor before it needs to be changed. This was the original intent behind King Camp Gillette’s invention of the safety razor in 1904.

To answer this question, I dove into the archives and looked for the origins of the safety razor. During my research, I came across US patent 775,134 – aptly named Razor:

This was the original patent authored by King Camp Gillette, the founder of Gillette razors, that we are so familiar with today.

In his patent of the safety razor that was published on 11-15-1904, King Camp Gillette wrote the following:

…are to provide a holder adapted to receive a blade having two cutting edges, so that the life of a blade may thus be doubled, and also to provide a simple arrangement for adjusting the cutting edge or edges of a blade toward or from the guard to accommodate light or heavy growths of beard or to suit the skill and convenience of the user, and with the above ends in view I have devised a blade-holder which enables me to utilize the flexibility and elasticity of my blades in a very advantageous manner, my holder being also simple in construction and easily cleaned and having other advantages which will hereinafter appear.

As you can see, King Camp Gillette invented this design to make the razor blade last longer and offer varying blade gaps that could accommodate light and heavy beard growth – almost akin to what we see in adjustable safety razors today.

It is always important to remember that before this invention, the norm was the straight razor, which required regular honing and stropping to achieve a sharp edge.

King Camp Gillette noted this when talking about the straight razor:

…blades used in razors of this type require to be stropped and honed frequently, which cannot be done satisfactorily by the average individual user himself, but also for the reason that the blades are worn out by honing and have to be replaced at considerable expense.

…A main object of my invention is to provide a safety-razor in which the necessity of honing or stropping the blade is done away with, thus saving the annoyance and expense involved therein…

Aside from the cost and blade maintenance that is required when owning a straight razor, King Camp Gillette was keen to point out that the cost of the double-edge blade will be quite cheap and that the person will only need to own one holder (i.e., safety razor handle).

Here’s what he had to say:

Thus the material from which my blades are made need only be just thick enough to take a suitable edge, so that the blades require but a small amount of material and can be ground very quickly and easily. And hence I am able to produce and sell my blades so cheaply that the user may buy them in quantities and throw them away when dull without making the expense thus incurred as great as that of keeping the prior lades sharp, and, moreover, will always have the cutting edge of his razor blade in the same perfect condition as that of a new blade. I will be understood, of course, that my blades are made of uniform size and are detachably combined with the holders, so that a purchaser need buy but one holder and can then readily substitute a sharp blade for a dull one whenever necessary.

As you can see, the seeds are sown for what we have today – safety and cartridge razors!

So, the two-blade design of a safety razor is because it increased the blade’s lifespan and was originally intended for varying blade gaps. However, the safety razor blade ultimately allowed for the possibility of interchangeable blades – furthering the convenience, affordability, and accessibility of shaving for all men.

We hope this little insight helped deepen your understanding of the safety razor and the origin of its double-edge design.

11 Facts to Know About Shaving With a Safety Razor

Are Expensive Razors Worth It?

Do Safety Razors Give a Closer Shave?

Does the Safety Razor Handle Make a Difference?

How to Clean a Safety Razor

How to Dispose of Razor Blades Safely

How To Stop A Razor Cut From Bleeding

Is a Double Edge Safety Razor Really Worth It?

What Is A Double Edge Safety Razor?

What is an Adjustable Safety Razor

What is Wet Shaving? A Helpful Guide

Why Do Safety Razors Have Two Blades?