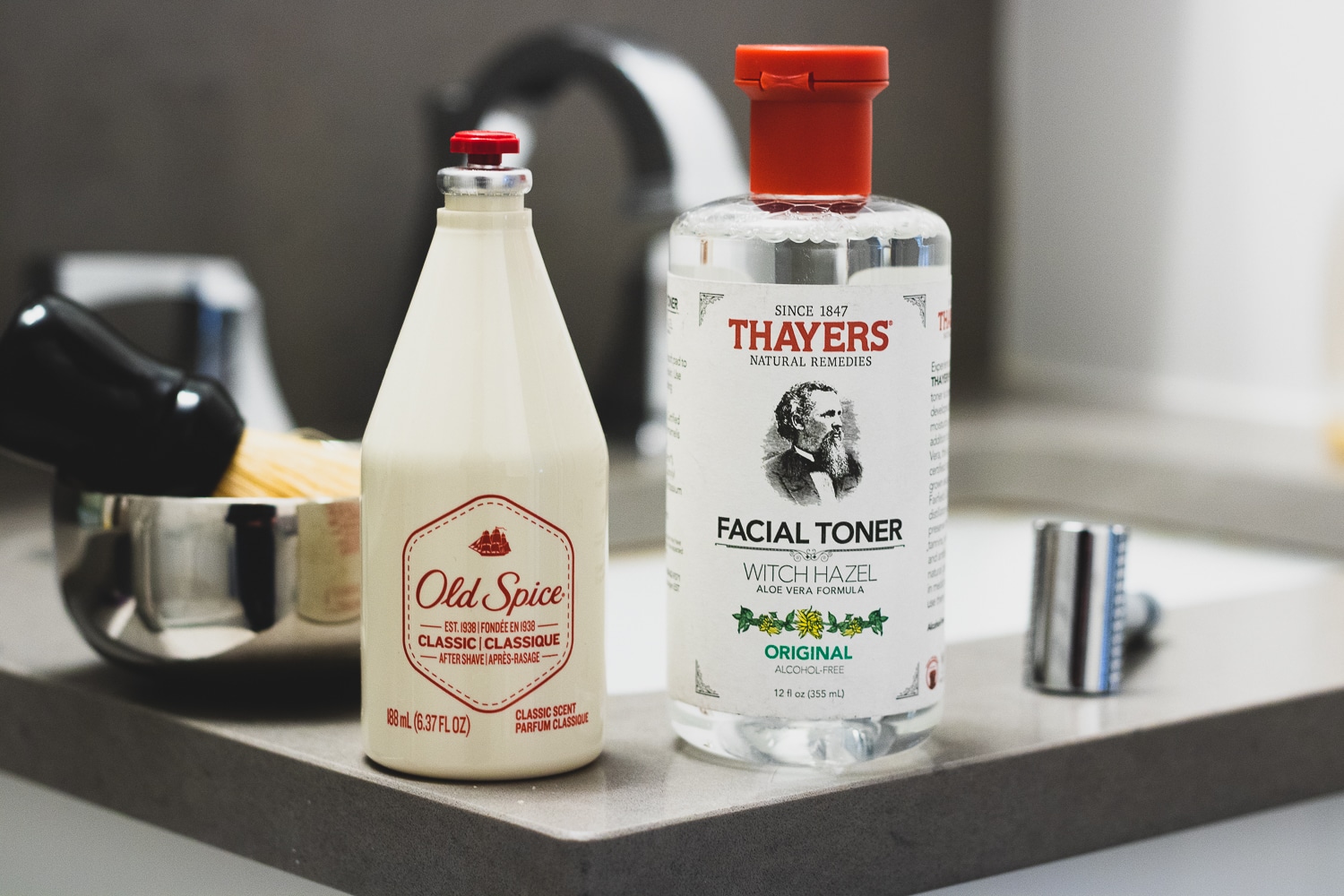 Alcohol and witch hazel are used as the base ingredient for nearly all aftershaves.  If you shave frequently, you should be aware of these two ingredients and how they differ from one another.

Here’s a summary of their core differences:

A more detailed examination of alcohol and witch hazel is below:

Alcohol and Witch Hazel Have a Rich History

Shaving guides as early as 1905 have recommended that men apply either a bay rum (alcohol-based) aftershave or witch hazel once the shave is complete.  Witch hazel was cited that it is “soothing to the face and allays the burning.”

The earliest origins of bay rum, the alcohol-based aftershave, dates back to 1838 in Saint Thomas, U.S. Virgin Islands.  The original formula was made from a mix of bay leaves and rum, simply known as bay rum.

Witch hazel, native to the eastern half of the United States, was initially used by the Native Americans to treat minor insect bites, cuts, inflammation, and other ailments (source).  The Puritans later learned of this plant and its medicinal properties from the Native Americans.

8 Key Properties of Alcohol in Aftershave

Here are a few important properties of alcohol-based aftershave:

Here are a few important properties of witch hazel based aftershave:

Does Your Razor Matter At All When Selecting Aftershave?

The only argument to be made here would be with the aggressiveness of the shave.  If you are using an aggressive safety razor or make several passes with a cartridge razor, then your skin would benefit from a moisture-focused aftershave product.  This would likely be an aftershave balm that relies on witch hazel as the base.

How to Find The Right Aftershave for You?

Aftershaves are available in many different forms.  We go into greater detail in our aftershave overview article if you wish to learn more.  Here three types of aftershaves:

We wrote a comprehensive review of the best aftershave brands here.  The list is continuously updated to include any recent noteworthy brands to consider

How To Stop A Razor Cut From Bleeding

What is Aftershave? Is It Really Necessary?

What is Bay Rum?

Witch Hazel vs. Alcohol: Does it Really Matter for Aftershave?